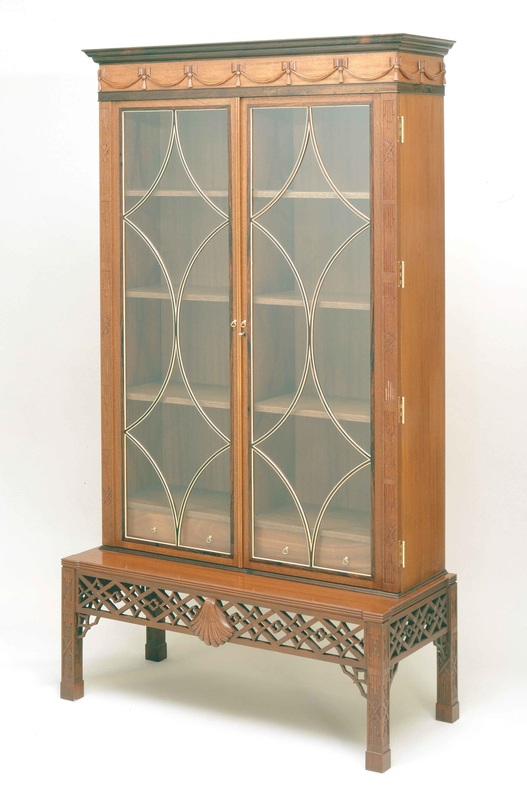 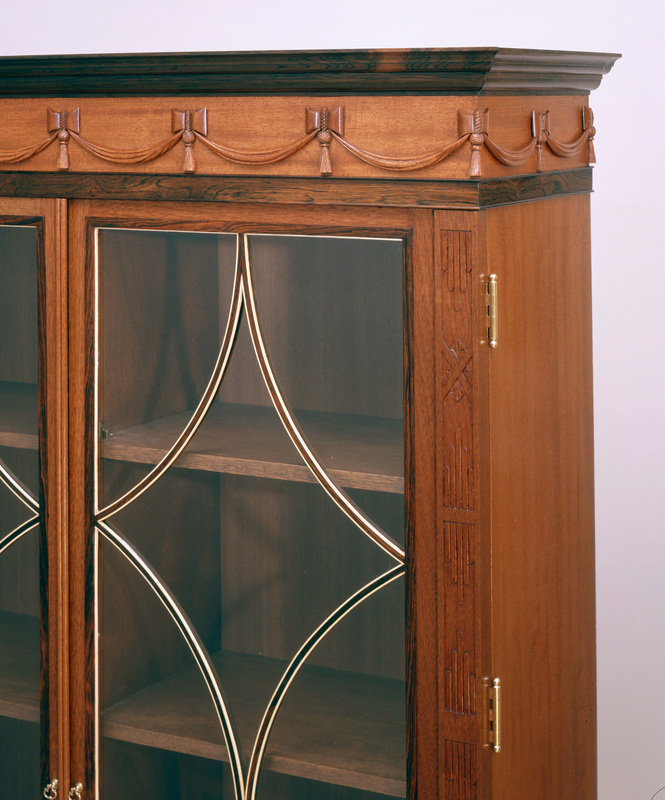 This piece was made for Sommers at her request to house the 100 Greatest Books collection that was given to her by her grandfather.  It's complicated enough to be Chinese Chippendale but the piece was modeled after a bookcase whose style was actually called Irish Chinese Chippendale.  The challenges on this case were the doors and the carving.  The muntins which hold the glass in are curved and are made from three separate pieces of wood, rosewood bordered by american holly with the glass being carefully cut to fit into each space.  The bookcase has two secret compartments.

I had to make the piece before we had all 100 books.  The books were sent to her and John and India at a rate of one per month for 8 1/2 years.  I tried to estimate from the 70 or 80 that we had how much space would be needed for the full 100 and missed it by a few books which are stored in the drawers.

Below are photographs of the molds used to shape the curved muntins and some extra pieces and templates for the glass which are stored with the drawings for use in case the doors/glass are broken.   The molds are the key to making the curved muntins.   The steamed moldings are fitted into the grooves and glued to each other.  The whole piece is then lifted out when it cools and dries.  But to lift it out you have to remove the sections so they are held in place by pegs.  The mold is reusable if there is ever a call for another set of doors. 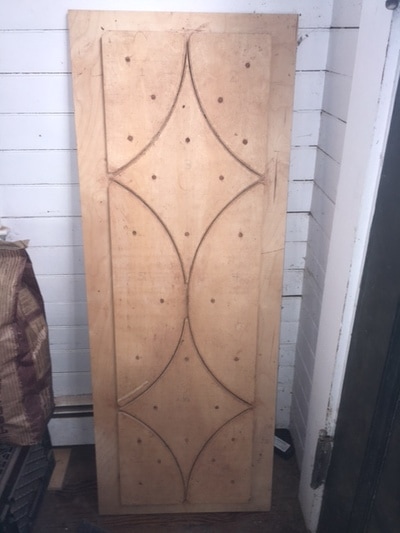 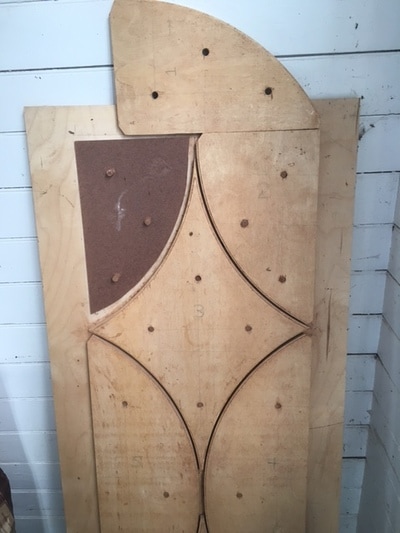