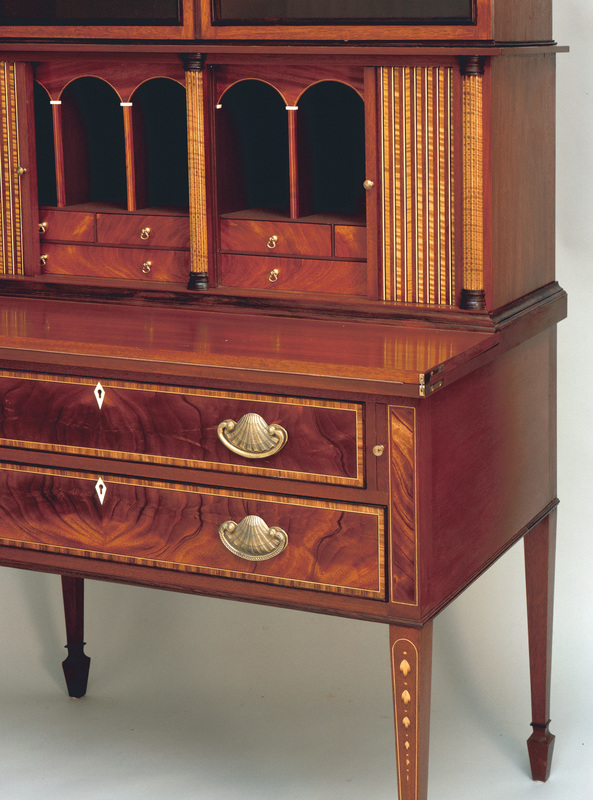 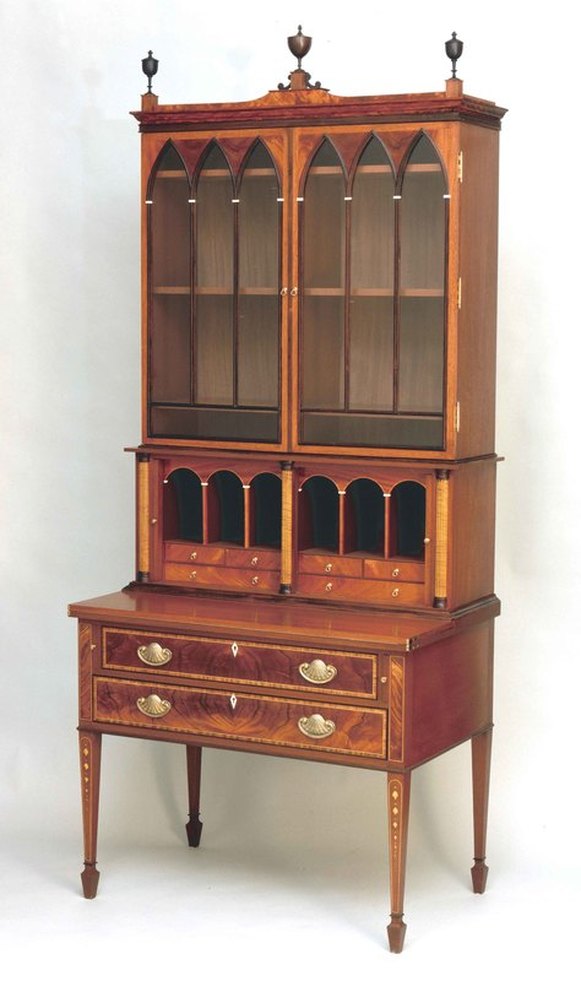 At the end of our first year at North Bennet Street School there was a show at the Peabody Essex museum on the work of Thomas and John Seymour and suddenly everyone wanted to make Seymour style furniture.  A book accompanied the exhibit and Alastair decided to make the cover piece and I decided to make the piece on the back of the cover. Alastair's piece is one of the most beautiful piece of furniture I have ever seen.  His is an exact replica.  Mine is not.  I have changed it a bit to get proportions I liked better. 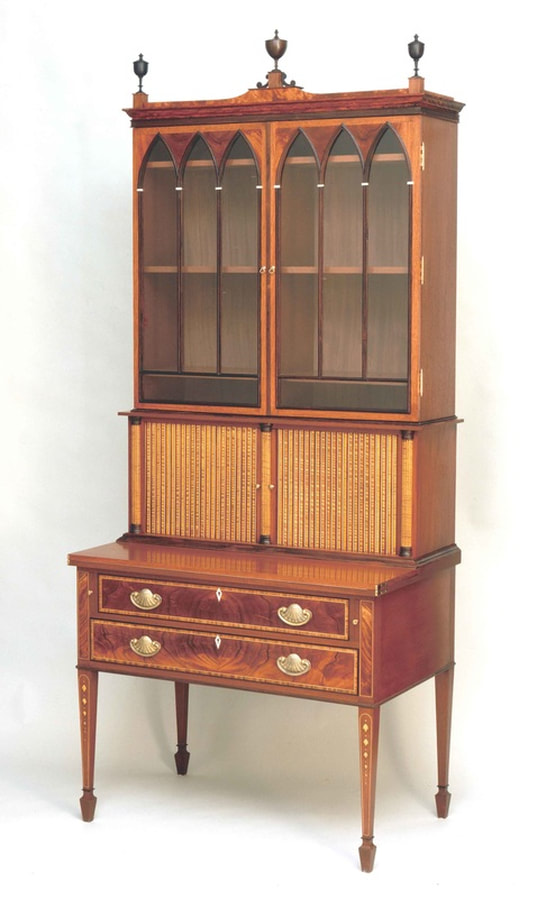 The picture below of the original and the picture above of mine do not show the tambour doors closed.  The picture at right shows the doors closed. These doors were one of the most interesting parts of this piece to make.  They look solid but slide open like a roll top desk and were a feature on many Seymour pieces.
The image on the right above is the original and the image on the left my piece and the drawing in the middle is the initial drawing I made. I taped it up in the workshop as I began the drawings, and its still taped up there 12 years later.   I knew I wanted to lighten the piece up by only putting in two drawers instead of three and shorten the galley section in the middle and extend the bookshelves.  I worked and reworked the drawing until I got the proportions I wanted then I began the full scale drawings.  This piece was begun at school as my last project required for graduation.  It provoked a lot of discussion with my teachers (arguments).  They said it was too much.  I'd never get it finished in time.  And they have to approve the project before you can begin.  So the approved project was just the first two sections- the desk and the galley section.  And they were right, I did not get it finished before graduation.   Students are allowed 1 year after graduation to finish their project and still graduate so the plan was to try to get it all done and if I couldn't then I would default to the two sections and leave out the bookcase and it would be a ladies writing desk.  So at graduation I got the blue book but inside there was no diploma.  I barely got it all done but it was ready for the alumni show in the spring of 2006.

As part of getting the proportions I went up to the Peabody Essex museum and they let me measure their Seymour ladies writing desk which is the first two sections.  Then I began the full scale drawings which took about two weeks.  As I began to make it the first effort was the legs and I made them too thin at the ankle.  I still have those 4 legs and will use them on another project.  I don't generally like veneering but the drawer fronts on this project really turned out well, occassionally makes me rethink veneering.